A Dutch Nintendo news site has received word from an anonymous source who has claimed to have news on what tomorrow’s European Nintendo Direct will contain. The site, known as N1ntendo, listed the following games that they “99% guarantee” will be discussed in the Direct:

The following image was included, showing a database of Direct contents. Some of it includes a “First Print Edition” for Star Fox Zero and a “Special Pack” for Fire Emblem Fates. 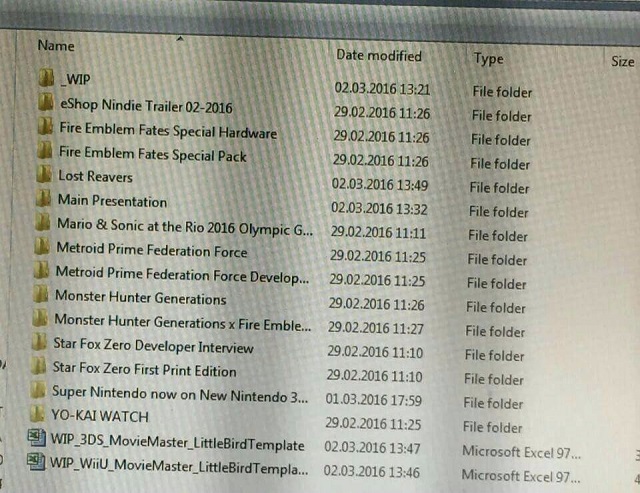 Obviously this is not official, so it is always wise to keep an open mind on things until Nintendo has said something.