Bryan Connor is like any other dedicated fan of Nintendo’s cherished (and long-dormant) RPG series, Earthbound. Enamored by the titles charm, wit, and farcical representation of America, he was quite active on various forums centered around the series which expressed and shared their love for the series.

However, Bryan Connor is also a pedigreed chef in New York, and while many fans of Earthbound construct their odes to the series with fan-art, musical compositions, and translations; Connor has concocted a Kickstarter to fund a cookbook full of recipes inspired by the series.

As per detailed on his Kickstarter, Connor will be including recipes for all occasions. With recipes including instructions on how to make Mach Pizza, Down Home Burgers, and Lier X. Agarate’s Roasted Garlic Bread. Apart from just featuring recipes, however, the book will be showcasing works from artists and photographers. So, if you’re too daunted by Connor’s recipe selection, you can still take a gander at how impressive the dishes could be when served by a professional.

Mother’s Cookbook will be released at the end of 2018 and will be published in part by Fangamer. Of course, you can still contribute to its already funded Kickstarter here and even earn a specially labeled Earthbound frying pan. As for when Mother 3 will be released outside of Japan, we’ll keep you posted. 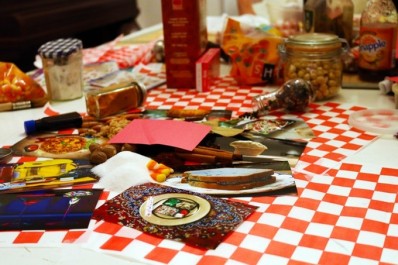