Nintendo has recently filed for a patent which uses the same technology as amiibo which is near field communication. The objects patented appear to be a trading card set. The patent which was picked up by Digital Trends suggests that Nintendo could be looking to create Pokémon cards that interact with the Nintendo 3DS or possibly the Nintendo Switch.

“The trading cards refer to cards on which variously different pictures are depicted and a purpose thereof is collection and exchanged. Namely, the trading cards are cards manufactured and sold aiming at exchange or collection of pictures on each surface thereof.”

“Each card represents either rock, paper, or scissors (as shown in the upper lefthand corner). And each card shows a number 1-6 on a die on the right side. It would seem that users could upload data to their 3DS’ and play against one another in games of chance.” 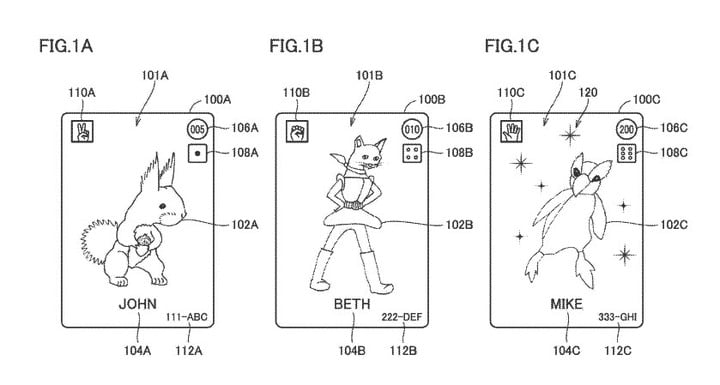