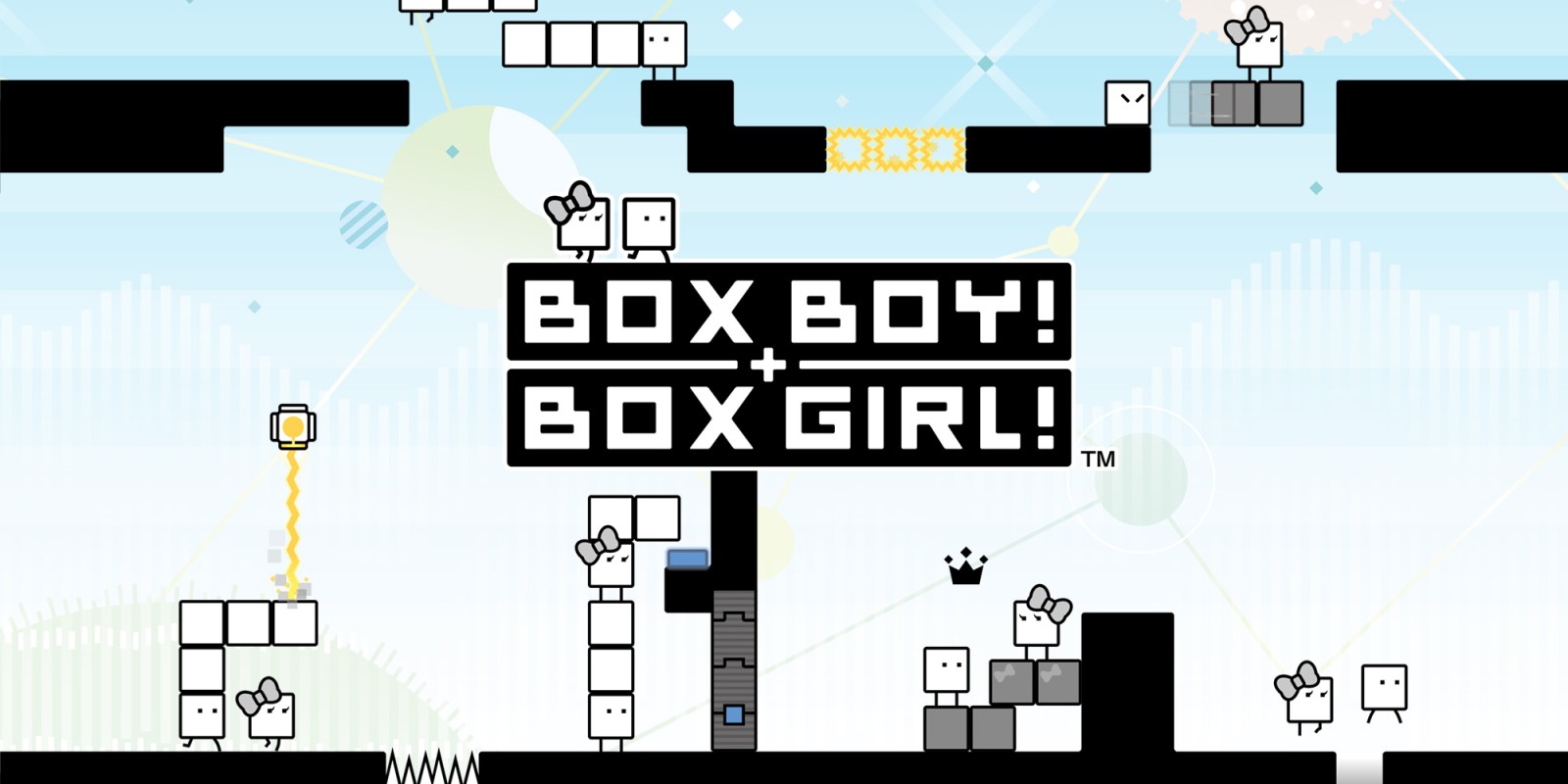 Although HAL Laboratory may always be best known for its involvement with Super Smash Bros., the long-established Japanese developer has an impressive original lineup of its very own — including the BOXBOY! franchise. The first installment made its debut several years ago as a Nintendo 3DS exclusive, which saw two direct sequels that were also released for the handheld. Spring forward to 2019, the series finally comes to console in the form of BOXBOY! + BOXGIRL! for Nintendo Switch.

Instead of repackaging the previous three entries as the initial outing for Nintendo’s latest system, HAL decided to make a full-blown follow-up, complete with new stories, characters, techniques, puzzles and nearly 300 new levels. Akin to all other BOXBOY! titles, the controls, visuals and mechanics are overtly simple, putting an emphasis on the gameplay. It’s a puzzle-platformer in which you take control of Qbby or Qucy — square-shaped characters that have the ability to dispense a string of boxes from their bodies, allowing them to get to places that otherwise couldn’t be reached. Boxes can be used to activate switches, cover hazardous pitfalls, escort you to hard-to-reach spots or even shield you from potential danger.

Despite offering Qbby and Qucy as playable characters, both protagonists are practically identical and offer the same experience, giving you less of an incentive to alternate between the two. But if you care about dressing them up to spice it up a bit, each one has unique costume items you can unlock after conquering stages. These boxed beings don’t have mouths, but they surprisingly have a lot of charm. They make different facial reactions with their eyes to signify their emotion. They also have small vertical lines as legs to help them move about and leap over small obstacles. Since they can’t hop very high, you’re going to need to use their box-creating ability throughout the entire journey. Oftentimes, you’ll get stuck in a certain spot only to find your character helplessly hanging in the air, dangling their tiny legs back and forth. Cutesy actions like these add to the game’s lighthearted and innocent demeanor.

Naturally, puzzles start off easy and gradually show you the ropes as you make progress toward more challenging levels. Some puzzles do get difficult, but none of them are seemingly impossible and can eventually be solved if you put your mind to it. You could conveniently reset to a time before being stumped in a particular area within a level, or you could redo the whole stage entirely to see if you should take another route. There are also hints and helpful items you can purchase to help you overcome difficult stages, but if you’re already familiar with puzzle games, chances are you’ll never be coerced into getting a clue. A series first, there’s also a two-player co-op mode that allows you to traverse through tailored levels and overcome hurdles in order to be reunited with loved ones. This mode is certainly a welcome addition and is reminiscent of the fun (and occasional frustration) that can be found in Snipperclips. At the same time, as you might expect, this mode is restricted to local players. If you want to play with your faraway friends and utilize your Nintendo Switch Online membership, you’re out of luck.

By simply looking at screenshots, you would probably jump to the conclusion that the game’s simplicity is exemplified — and you wouldn’t be wrong. The basic controls allow you to play with a buddy using a single pair of Joy-Con, but aside from that, more color and depth could’ve added to the overall experience. Although the aesthetics weren’t as noticeable on the 3DS’ small screens, they’re a lot more apparent on Switch, particularly when you’re playing on a large TV — you’ll notice a lot of white space throughout and can’t help but wish it was possible to fill the world with more substance. That’s not to mention the characters, which are literal square shapes with dots as eyes. But that can be slightly altered with the aforementioned costume items.

Aside from the bare-bones visuals and lack of online play, BOXBOY! + BOXGIRL! fits right at home on Switch, where future installments have the option to significantly amp things up and adopt a more modern locale that doesn’t shy away from inducing volume. Nevertheless, the game is brimming with engaging content that is sure to appease 2D platforming fans, especially those who enjoy solving puzzles while thinking outside the box.

A review copy of BOXBOY! + BOXGIRL! on Nintendo Switch was provided by Nintendo UK.