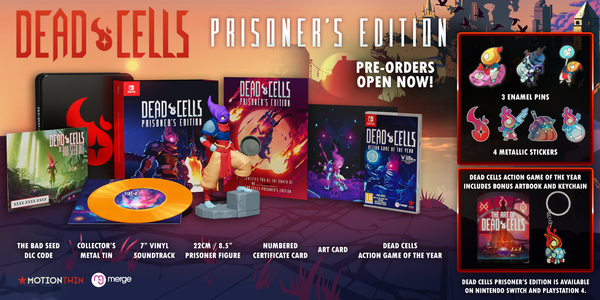 If you’re a fan of Dead Cells on Nintendo Switch then you may want to check out this new edition that’s available to pre-order right now for £89.99. The Dead Cells – Prisoner’s Edition comes packed with loads of cool stuff like a Prisoner figurine that stands 22cm tall, pin badges and an orange vinyl record. It’s Signature Edition Games who are selling it and you can check out some more details from their website below:

You can nab your pre-order here.