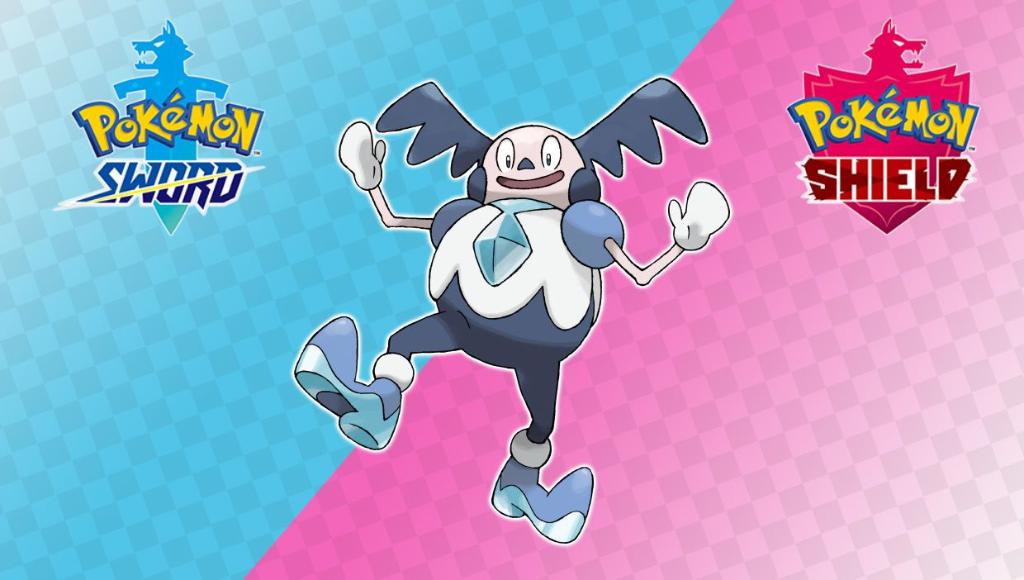 The Pokemon Company has announced this afternoon that they will be gifting free Mystery Gifts for the next four weeks with one coming each week in Pokemon Sword & Shield. This move is to gear people up for the upcoming Expansion Pass for the popular Pokemon title on Nintendo Switch. The Expansion Pass is due to release by the end of June. Today, you can claim a Galarian Mr. Mime with the Hidden Ability Ice Body and a set of Poké Balls. Here’s all the details:

Get a Galarian Mr. Mime with the Hidden Ability Ice Body and a set of Poké Balls.

A Pokémon with the Ice Body Ability will heal 1/16 of its max HP at the end of each turn if it’s hailing during battle! The Ability will also protect the Pokémon from taking damage from hail.

You’ll also receive a Lure Ball, a Moon Ball, a Heavy Ball, and a Dream Ball!

Get a Galarian Ponyta with the Hidden Ability Anticipation and a set of Poké Balls.

When a Pokémon with the Anticipation Ability enters the battlefield, it will be able to tell whether the opponent has a move that would be super effective against it or a move that could be a one-hit KO, such as Horn Drill!

You’ll also receive a Level Ball, a Fast Ball, a Love Ball, a Friend Ball, and a Beast Ball!

Get a Galarian Corsola with the Hidden Ability Cursed Body and an Evolution Item Set.

If a Pokémon with the Cursed Body Ability is hit by a move that deals damage, Cursed Body has a 30 percent chance of disabling that move! This renders the move unusable for four turns.

What’s more, the Evolution Item Set will give you items you’ll need to evolve certain Pokémon. You’ll receive a Sweet Apple, a Tart Apple, a Chipped Pot, a Cracked Pot, a Sachet, and a Whipped Dream!

Get a Galarian Meowth with the Hidden Ability Unnerve and a load of Exp. Candies and Nuggets.

The Ability Unnerve makes opponents too nervous to eat Berries during battle!

You’ll also get 50 Big Nuggets, which you can sell for a lot of money at shops, and 100 Exp. Candies L to help you raise your Pokémon! Get ready for your adventure on the Isle of Armor!

STEPS FOR RECEIVING GIFTS VIA THE INTERNET