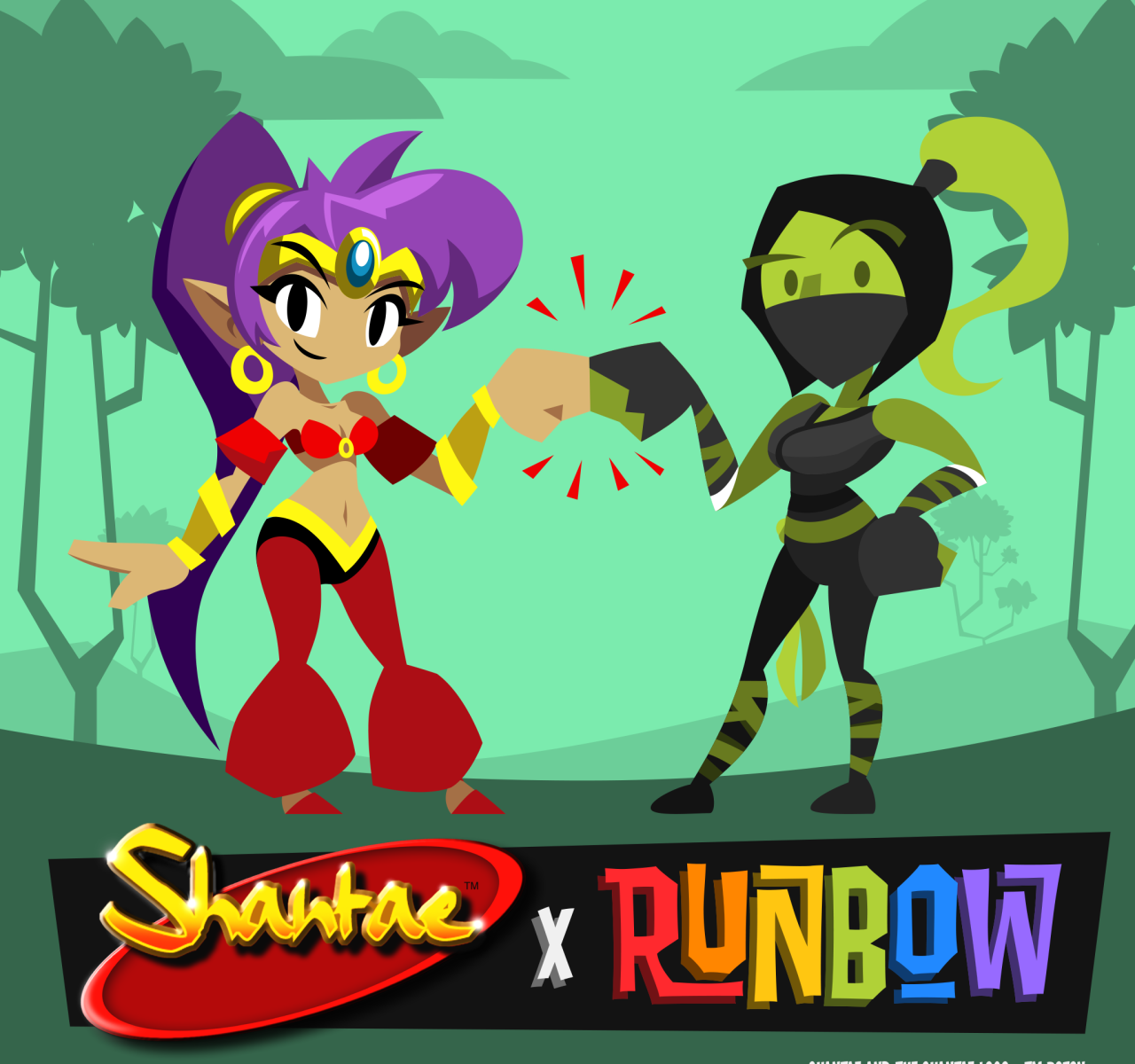 As part of the last Runbow update, 13AM games have added a free DLC bringing Shantae into the title as a playable character.

She’s available to download now, all you have to do is visit the Nintendo Wii U eShop. Here’s the Tumblr post from 13AM games:

“Your wish is granted!

Your favourite Half-Genie Hero is now available for free download on Runbow’s Wii U eShop! Load up Runbow and get Ret-2-Go with the final guest character and final patch for Runbow Wii U! We want to thank our friends at Wayforward for making this happen, and all of our fans for cheering us on these many months.

Due to an unforeseen error at the magical video game factory, Runbow Deluxe’s official ship / street date is being moved to November 1st. We’re sorry if this caused any inconvenience but some wishes not even an all powerful half-genie can grant.

This isn’t just a DLC update, we’ve made a bunch more fixes to Runbow with this whole new version. Check them out below, and we will see you online!

– [DLC] Shantae has been added to the game as a free DLC!
– [Gameplay] Fixed a bug where moving platforms would stop disappearing if they were moving when they disappeared
– [Input] Fixed a bug that didn’t allow more than one Nunchuk to be used at the same time
– [Input] Fixed a bug that impeded any input if a direction was hold in the stick in a Classic, Pro or Nunchuk Controller
– [Online] Added full compatibility with Runbow Deluxe!
– [Online] Fixed a bug where trying to join a full private game would impede the game to play online until restarted
– [Online] Fixed a bug where trying to join an almost full private game with multiple local players would crash the game
– [Online] Fixed a bug where losing connection during a cheers of jeers screen with lock the game in that screen
– [Arena/KotH] Fixed a bug that let you play single-player Arena and KotH by going back to the Character Select screen
– [Space Adventure] Fixed the numbers in some ‘monster closet’ stages’ descriptions
– [Localization] The descriptions of two of the Satura’s Space Adventure Records have been translated properly
– [Localization] The German translation of some of the “DLC TV” messages has been fixed
– [Gallery] The Talent Scout Record is no longer unlocked earlier if the Lilac free DLC has been downloaded
– [Gallery] Shantae has earned a spot in our Gallery!
– [Gallery] The highlight for Gallery items has been recentered
– [Gallery] A row of records that was slightly misplaced has been moved to its proper position
– [Misc.] The new 13AM Games logo is now featured in the Intro and Credits scenes
– [Misc.] Player names with spaces are no longer displayed in a different font in the online Character Select screen”

You can also check out the footage below from Nintendo Hall to get a sneak peek of Shantae in action: