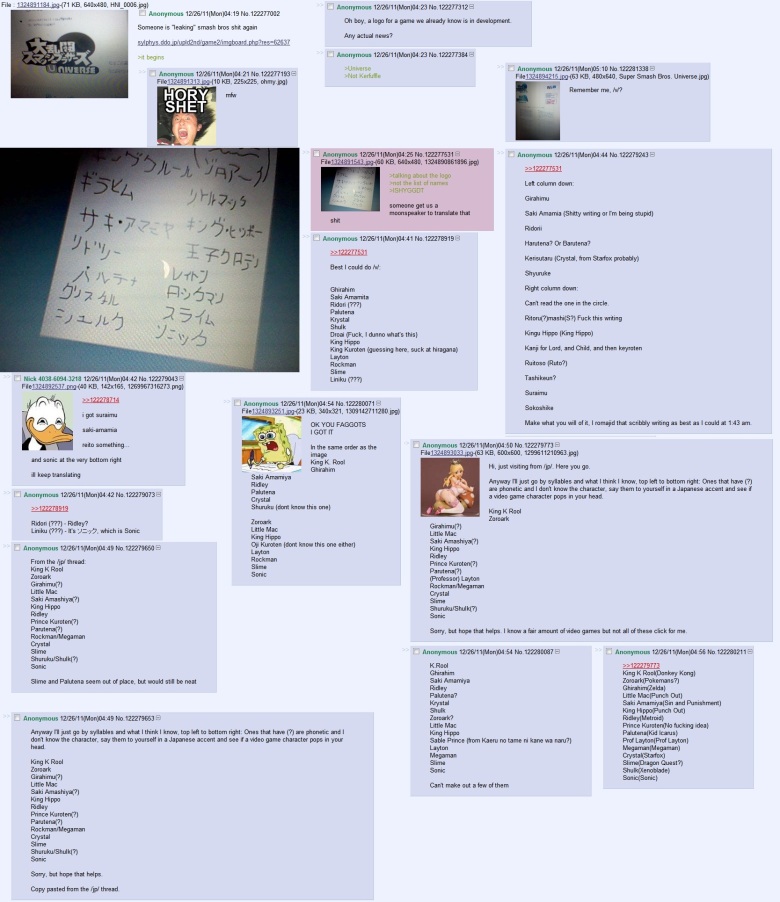 Another day another rumour, this time the rumour comes direct from a Japanese image board and has been reposted on 4Chan. The original poster basically claims that he has a leaked document containing the character line-up for the forthcoming Smash Bros game which is already confirmed for Wii U and Nintendo 3DS. The list reads: