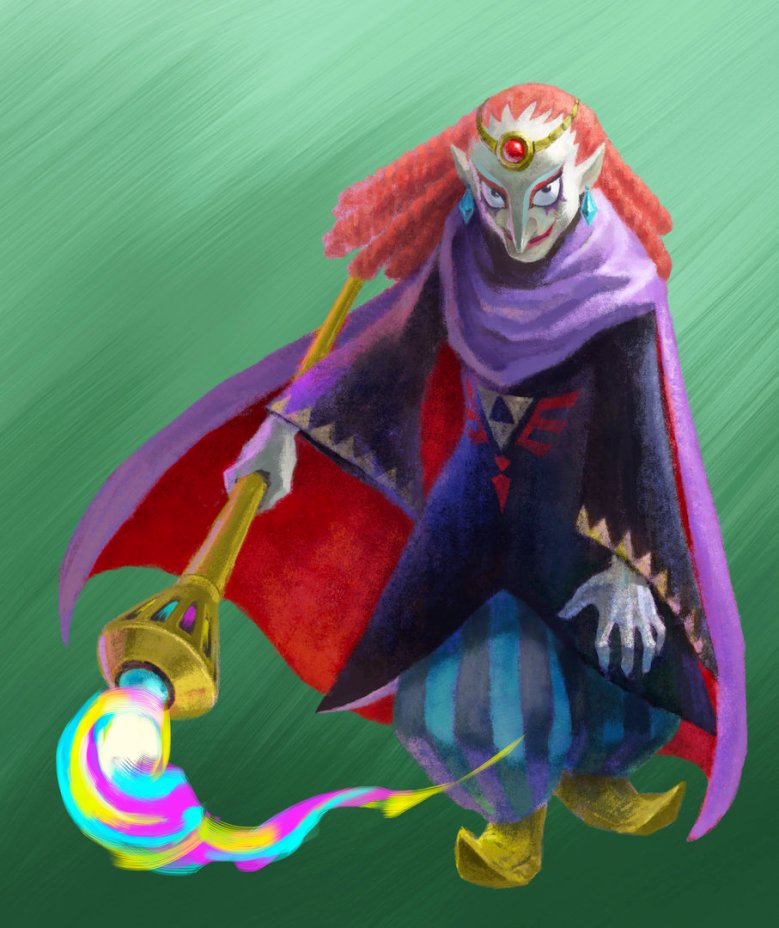 Some impressive new artwork has emerged today for The Legend of Zelda: A Link Between Worlds, and one of the images reveals a magician-like character, assumed to be the bad guy in the game, who bears some resemblance to Ganondorf. The new character wields a large staff, has a similar facial structure to Ganondorf, and wears a similar headdress as well. Other images show the new character Ravio, some cave painting-style artwork that seems to be telling the story of A Link To The Past, and a young boy who appears to be Link, surrounded by his parents.

These images, along with the new information about items put forth by producer Eiji Aonuma, are sure to cause gaming fans to crave the new Zelda title even more. A Link Between Worlds releases on Novemeber 22nd. Nintendo fans are sure to blow a gasket that day, as Super Mario 3D World shares the same release date in North America.