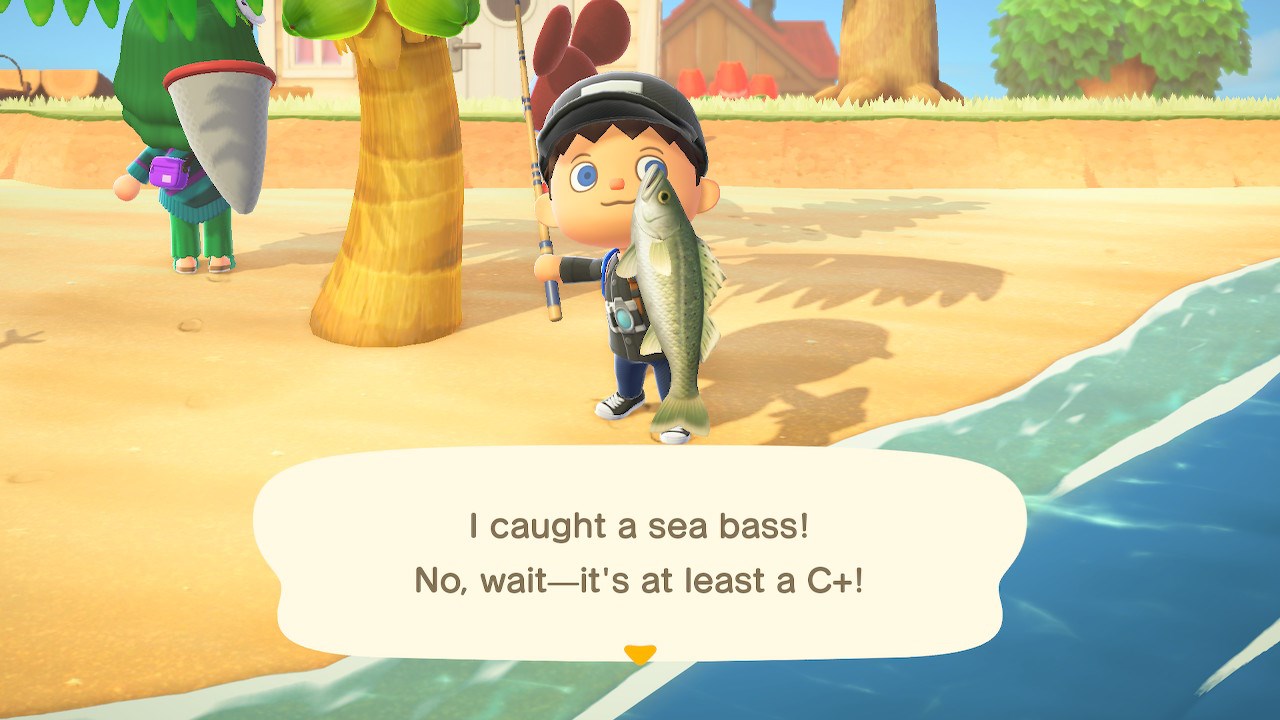 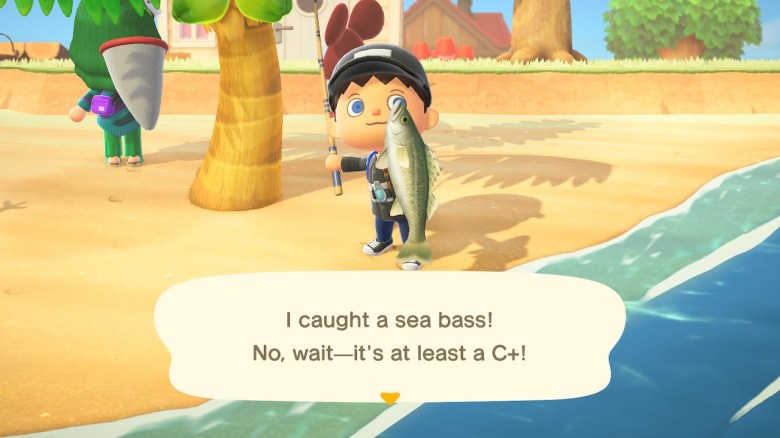 Rob Heiret, one of the people behind localising Animal Crossing: New Horizons on Nintendo Switch has spoken publicly about the thinking process that went into creating the infamous “I caught a sea bass! No, wait – it’s at least a C+!” joke which pops up every time you catch one. In a series of tweets, Heiret is seemingly echoing the thoughts of fans and explains that he’s also tired of it, but the team thought carefully about making the pop-up a positive one.

You can see the tweets for yourself below:

And when we were workshopping the fish jokes, someone pointed out that, as a joke people were going to see many, many times, generally along with disappointment they didn't catch something better, maybe it would be better to spin it positive. Make it a C+ instead.

Anyway, my point is, we were doing our very best, down to details you might not have considered, to make this the most positive, comforting, funny game we could. And I know the dev team was doing the same.