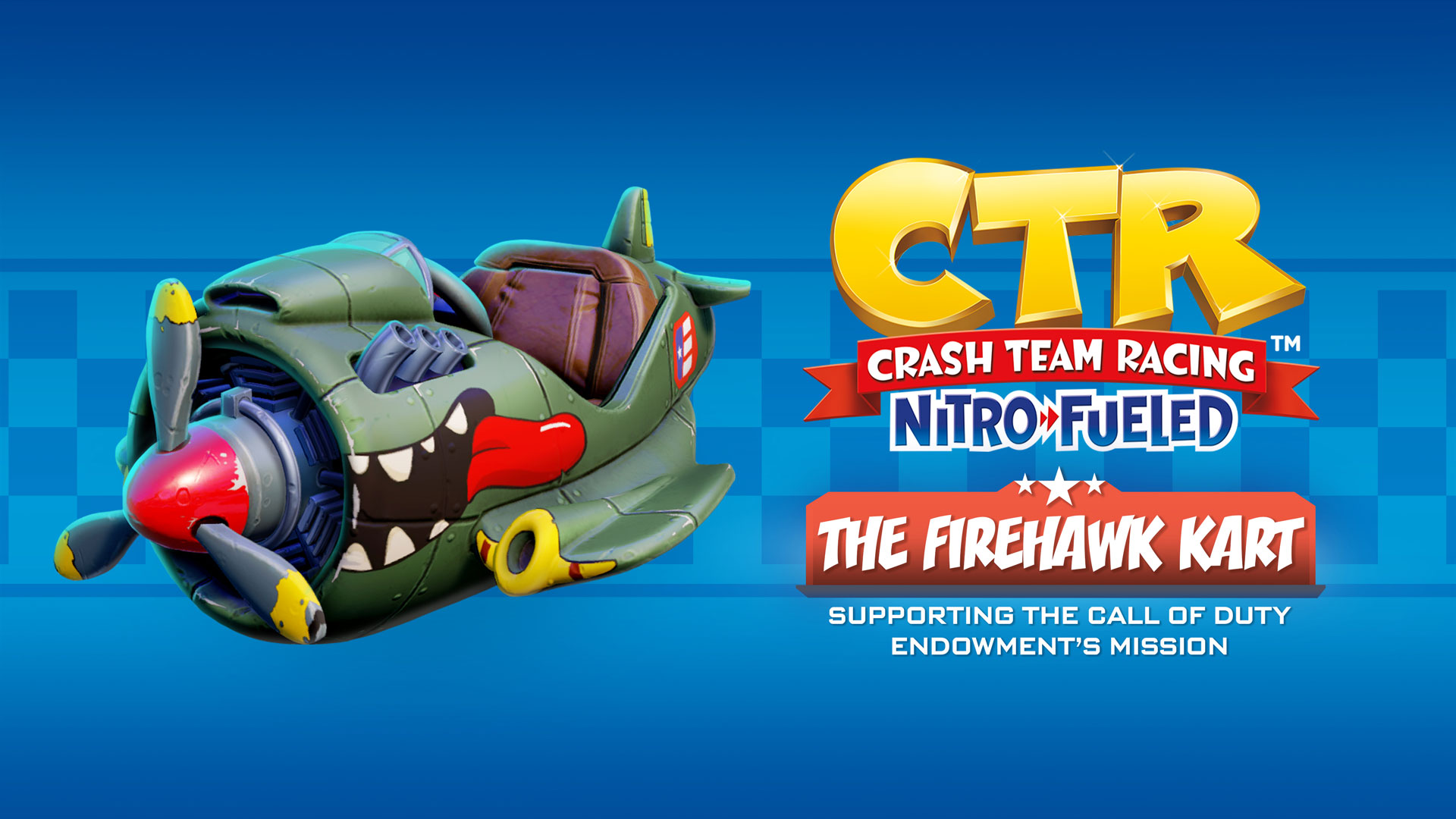 The Call of Duty Endowment fund has recently announced on Twitter that they releasing the first aeroplane styled kart for Crash Team Racing: Nitro-Fueled. This special kart is available for $5 in the US and UK and all proceeds will go straight to “funding non-profits that place veterans in the US and UK into high quality civilian jobs.” The item will remain available on the PlayStation Store, Xbox Store and Nintendo Switch eShop until they have raised a million dollars. Here’s more information about the Call of Duty Endowment:

The Call of Duty Endowment has placed over 60,000 veterans into well-paying jobs earlier than anticipated and hopes to reach its goal of putting 100,000 veterans back to work by 2024.

All Activision proceeds from the Firehawk Kart will be directly donated to funding nonprofits that place United States and United Kingdom veterans into high-quality jobs.

With this limited time offer comes a community goal: we’re hoping to raise $1 million to help the men and women that have served in the military, transition to civilian life.

So, join us in lighting up the track with the Firehawk and help support this great cause!

We are thrilled to present the Firehawk kart, the first airplane-themed kart for Crash Team Racing Nitro-Fueled! Support vets with this special in-game item, available in the PlayStation™ Store, the Microsoft® Store, or the Nintendo eShop. Learn more: https://t.co/5XzpbCunNM pic.twitter.com/lq02hhfw0t