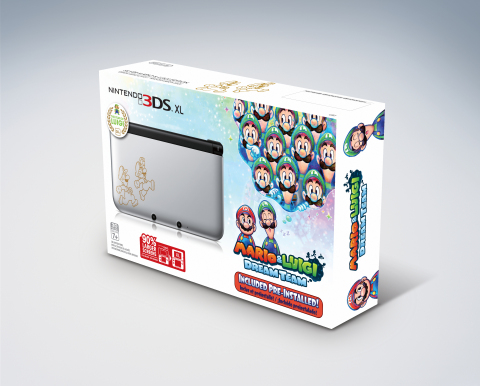 Nintendo has announced yet another 3DS XL bundle to add to its growing collection. This time it’s Mario and Luigi who get the chance to shine on their own silver-coloured 3DS XL. The bundle was spotted last month at Walmart, but until today we had no official confirmation from Nintendo.

Launching as part of Nintendo’s “Cyber Monday of Luigi”, the new bundle will feature an image of Luigi and Mario running together, and comes with a pre-installed version of Mario & Luigi: Dream Team for the retail price of $199.99 for North America. Last week, Nintendo announced a Cobalt Blue 3DS XL bundled with Luigi’s Mansion: Dark Moon to celebrate various Thanksgiving deals.