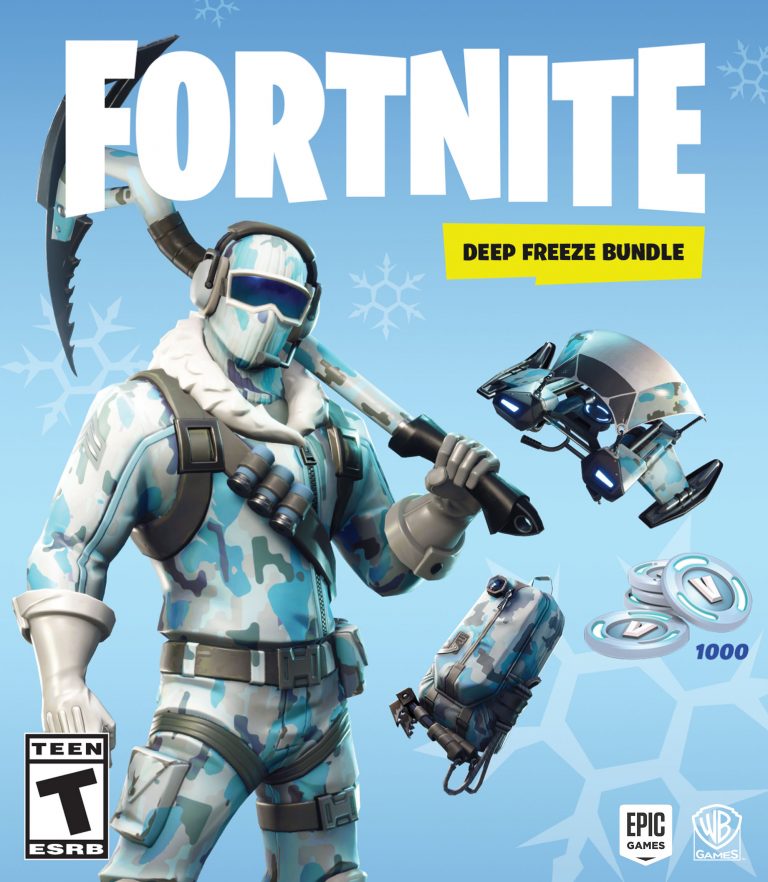 The Fortnite: Deep Freeze Bundle will include the Fortnite Battle Royale game, and premium content, including the Frostbite Outfit, Cold Front Glider, Chill-Axe Pickaxe, Freezing Point Back Bling, and 1,000 V-Bucks, which can be used to purchase in-game items, such as outfits and the Premium Battle Pass. In Fortnite Battle Royale, players squad up and compete to be the last one standing in 100-player PvP, where they’ll build cover, battle opponents, and survive the longest to earn their victory.