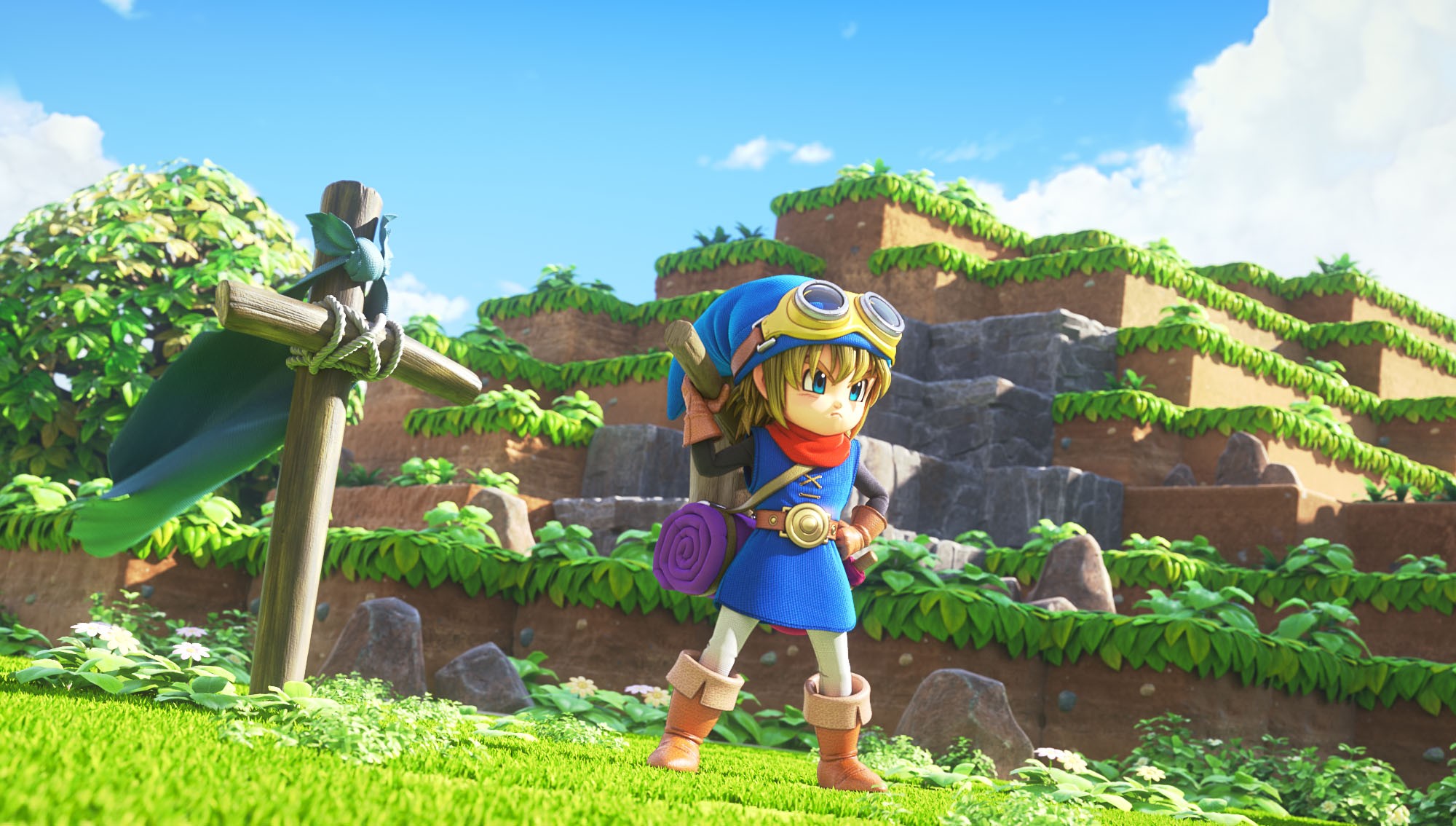 Inspired by the gargantuan success of Minecraft, Square Enix have brought building and crafting to the world of Alefgard in this unique sandbox RPG. Having launched in 2016, Dragon Quest Builders has already been showered with positive reviews, so it’s no wonder it feels right at home on the Nintendo Switch.

Dragon Quest is no stranger to spin-offs, with the popular RPG series appearing in a variety of genres. It was therefore no surprise when Square Enix announced that the franchise would be trying its hand at sandbox gameplay, following the success of games such as Minecraft and Terraria. When it originally launched on PlayStation 4 and Vita back in 2016, Dragon Quest Builders was met with rave reviews from fans and critics alike. It’s then no surprise that Square Enix decided to port the game to Nintendo Switch, the console’s portability perfect for a 40+ hour sandbox RPG.

With the land of Alefgard in ruin, it’s your job as the fabled builder to reconstruct the fallen kingdom. The people of Alefgard have literally forgotten the concept of building, the various NPCs shocked by your ability to craft, and only a handful of derelict structures survive. It’s great that Square Enix took the time to incorporate a storyline into the game, albeit a simplistic one, as this is something sorely missing from other sandbox adventures like Minecraft. It admittedly doesn’t take itself too seriously, the generically evil villain far from intimidating, but this is part of its cartoony charm. There’s even a host of NPCs with reams of witty dialogue to spout as you interact with them. While it takes many gameplay cues from Minecraft, Builders still feels like an RPG at heart.

After designing your character, you’re instantly dropped into the world of Alefgard and tasked with building a town to call home. The bigger your town grows, the more NPCs will become residents. The various NPCs will provide endless side-quests to complete in the overworld and these can range from simple resource collection to full on enemy encounters. While you’re given rather limited materials to work with initially, you’ll quickly discover that the world around you is full of resources to collect and craft with. In traditional sandbox fashion, you’ll spend the majority of your playtime harvesting items and crafting them together. However, it isn’t just about building an aesthetically pleasing settlement. After establishing the foundations of your town, you’ll quickly realise that fortifications are a necessity. Hordes of enemies will often appear to ransack the town and without solid defences, your town would be toast. These can be left to play out like a tower-defence game, the NPCs willing to leap to the town’s defence, but the player can also go into battle and fight enemies.

As you progress through the game, you’ll gain the ability to build different coloured teleportals within your town. These allow you to travel to normally inaccessible islands scattered across the map. They all feature different enemy types, resources and side quests. This is definitely when the game begins to branch further away from other sandbox adventures, as it is far more common to explore one largescale map over a series of smaller ones. While this might disappoint some players, it is this sense of progression that helps Dragon Quest Builders feel so unique.

Visually, Dragon Quest Builders tries to combine the series’ cartoonish look with the blocky appearance of Minecraft. Although it obviously isn’t pushing the graphical capabilities of the Nintendo Switch, it maintains the charming visuals of the latest Dragon Quest RPGs without overcomplicating the game’s fully destructible terrain. The overworld is packed with classic Dragon Quest enemies such as Slimes and Skeletons and they all look fabulous against their new polygonal backdrop. The music in Builders is similarly reminiscent of recent Dragon Quest RPGs and, while it can get repetitive at times, it’s largely ambient and neutral.

Dragon Quest Builders is both a great Dragon Quest spin-off and an interesting take on the somewhat overplayed sandbox genre that’s only made better on Nintendo Switch. It’s a game that can be played for hours or in shorts bursts, so it’s perfect on a portable console. While the PlayStation Vita version certainly allowed portability too, the option to effortlessly swap between a TV and a handheld is perfect for this game. It admittedly doesn’t use many other features exclusive to the Switch, but the portability is benefit enough alone. Whether or not you’ve tackled Builders elsewhere, it’s found a perfect home on Switch.