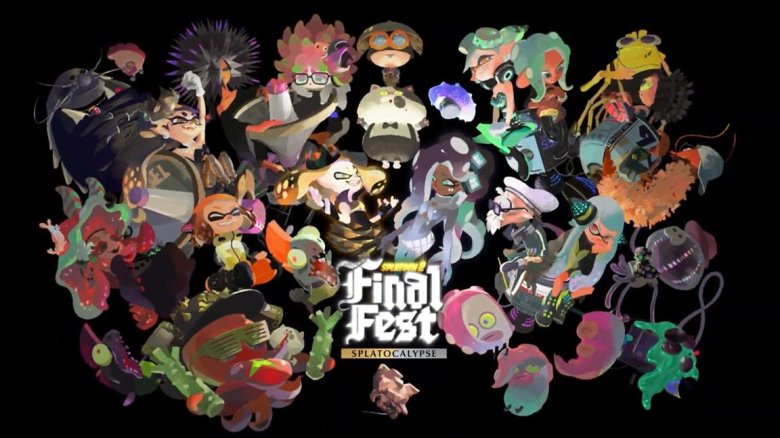 Nintendo has been broadcasting their trio of tournaments throughout the day. Splatoon 2‘s tournament has just ended, and it had a major announcement. The final Splatfest will last for 72 hours, taking place from July 18th to 21st. This time, the theme will be Chaos Vs. Order. Each team will have unique gear, and all previously released Shifty Station stages will appear.

Sometime after the Splatfest occurs, the game will be updated to version 5.0.0. So far, the only thing revealed for the update is the ability to play all the Shifty Station stages that have appeared via the Turf War (Splatfest) mode in private matches. This will include the new Shifty Station stage that will debut in the final Splatfest, as well as the night and day versions of these stages. The last announcement was in regards to Splatoon 2’s online multiplayer as a whole. Even though Splatfests will be done, you will still be able to play online.