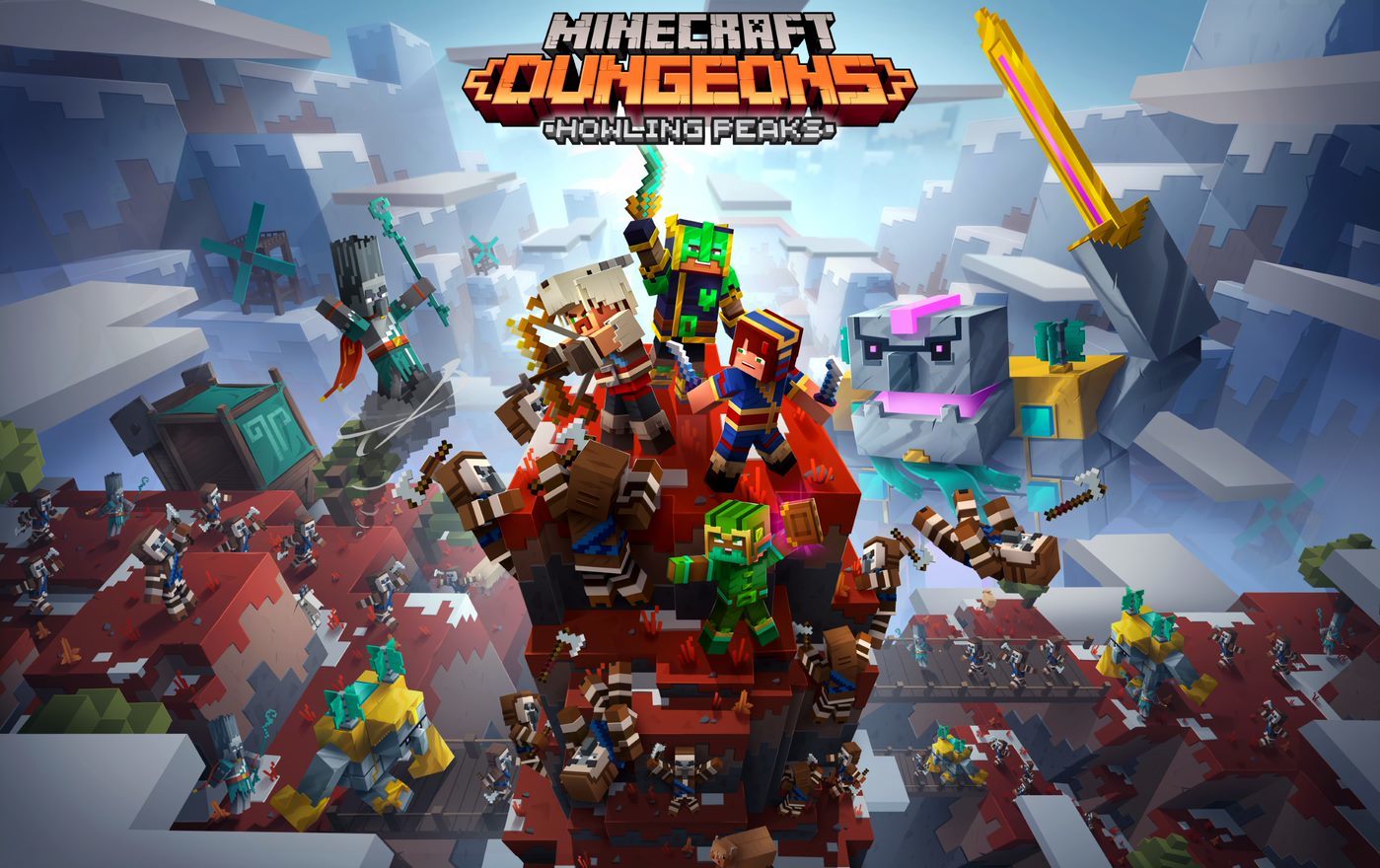 The team at Mojang and Microsoft have announced today that the entertaining Minecraft Dungeons will finally be getting cross-play next month. This means that you can join your friends if they are on Nintendo Switch, PlayStation 4, Windows and Xbox One. This is certainly a much requested feature, so it is great that it is being addressed and implemented. Minecraft Dungeons and its two DLC packs are available now and the team has also announced today that there’s also a new DLC expansion coming titled Howling Peaks which is due in December. You can view a trailer for the Howling Peaks below.

“Howling Peaks will include the new Tempest Golem boss, which can blast adventures with harsh winds. Along with this boss, there will be new missions, items, and mobs introduced alongside these new environments. This is the third DLC for the game, following Jungle Awakens and Creeping Winter.”

“A new difficulty system is being introduced, too, with 20 new difficulty modes being added through the new Apocalypse Plus system. This will add 20 new difficulties beyond Apocalypse VII, which will allow for more powerful characters and significantly increased challenge. Alongside this, new enchantments and unique items will also be added.”